Come and play shadow tennis with Future Hotel.
The Magnificent Western Park Open surrounds a working tennis court with a gigantic shadow wall. Borrow a racquet from the DJ booth and trigger a random selection of sounds and stings each time you hit the ball.
Take a courtside stance to support your friends and be seduced by the music. Make a shadow dance, watch the game. The rules are bound only by your imagination and a willingness to play along.
The umpire keeps the game skipping along, his calls and commentary will take you on a journey all of its own.
Future Hotel are joined by sound design Drew McMillan, with a selection of pre-programmed delights. 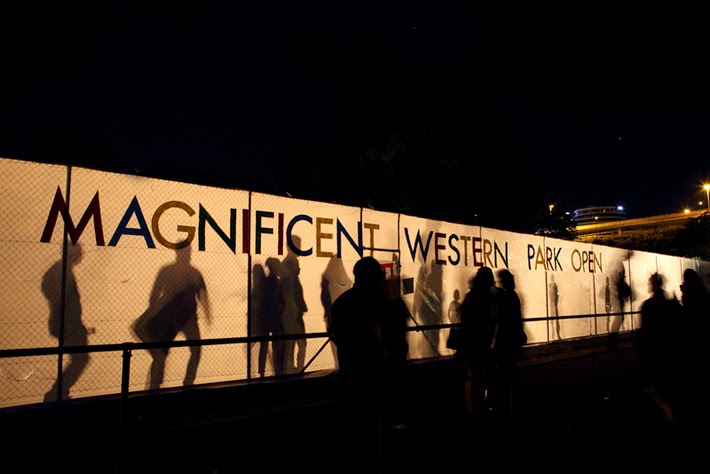 Eight lights (300w parcans were used in order to run off one single phase generator) are placed at ground level on the north side of the tennis courts, for maximum overlaying of shadows. The 'players are naturally the largest and most dynamic shadows on the screen. The public who entered through the southern doorway were the clearer yet smallest shadows. 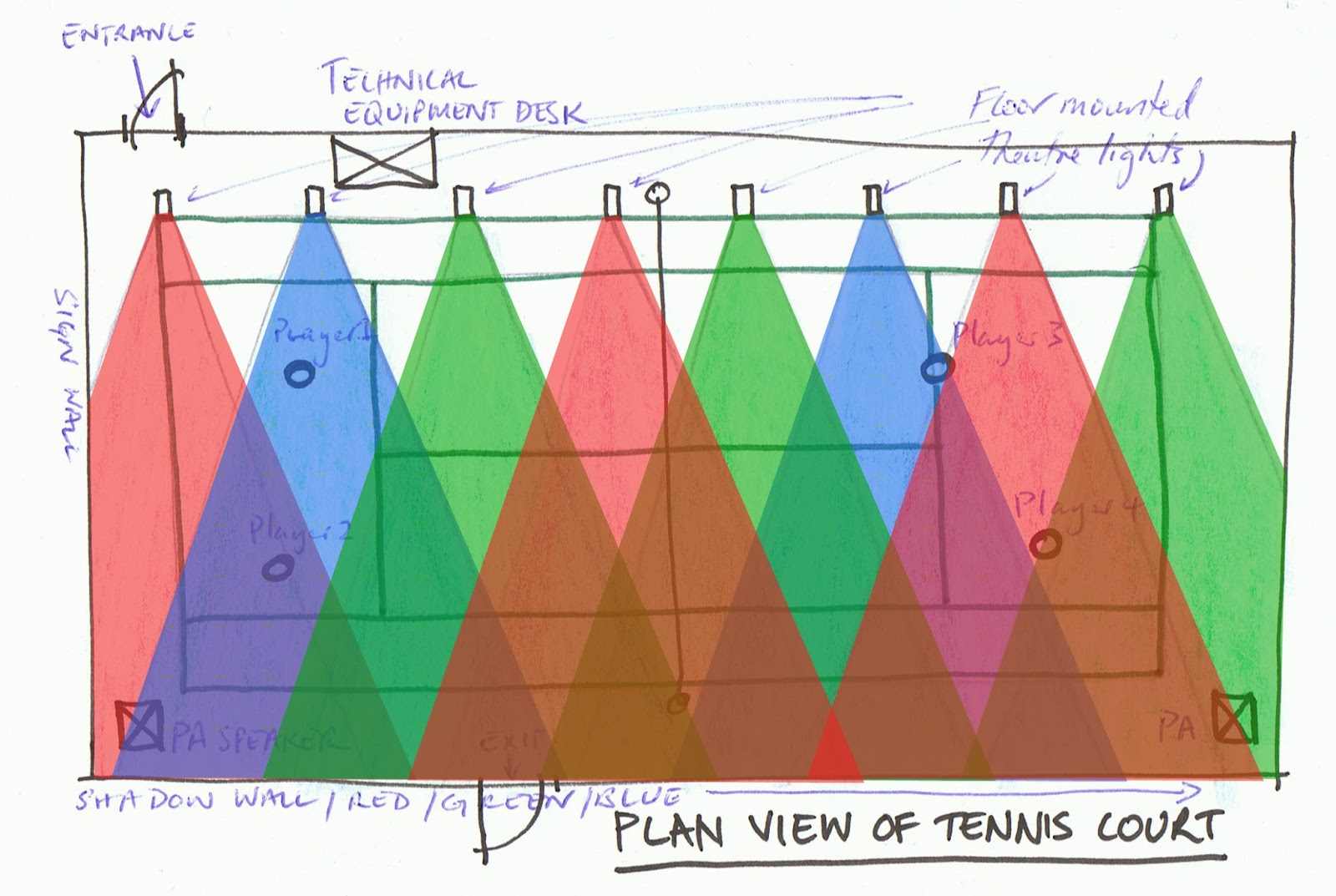 This may be adapted to any space.
Posted by THE GOVERNMENT at 9:03 PM No comments: 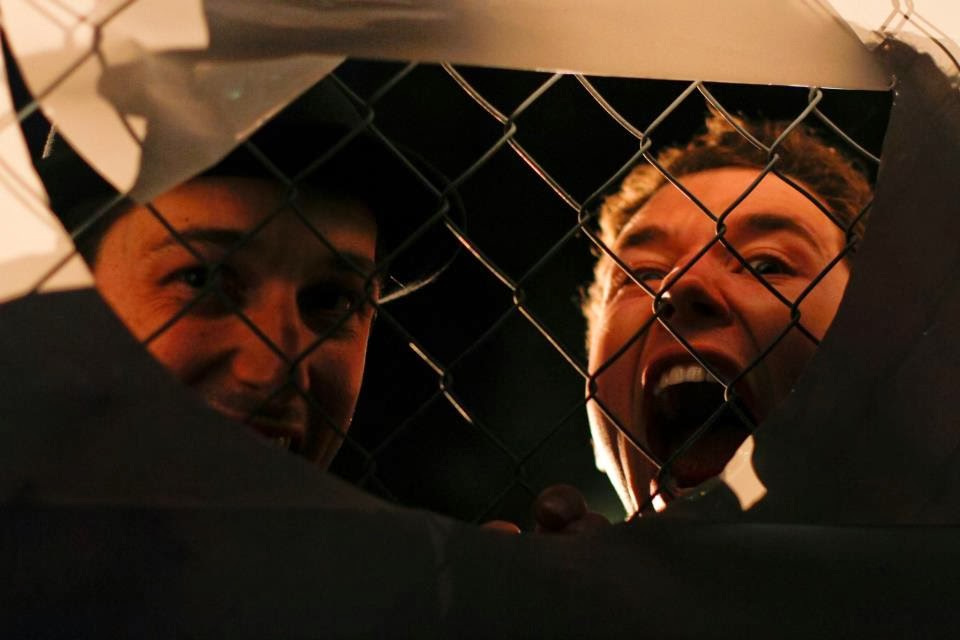 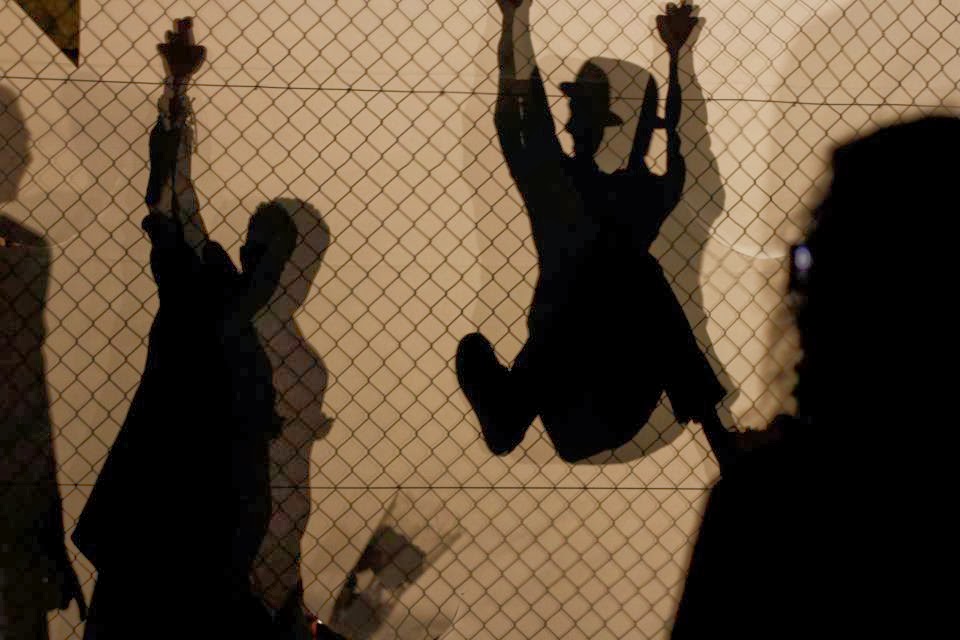 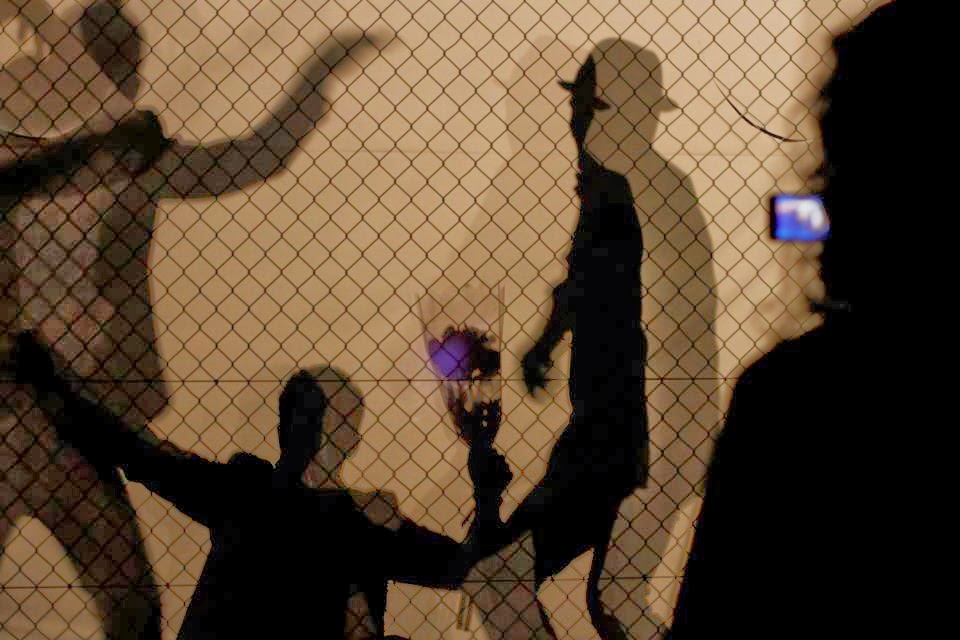 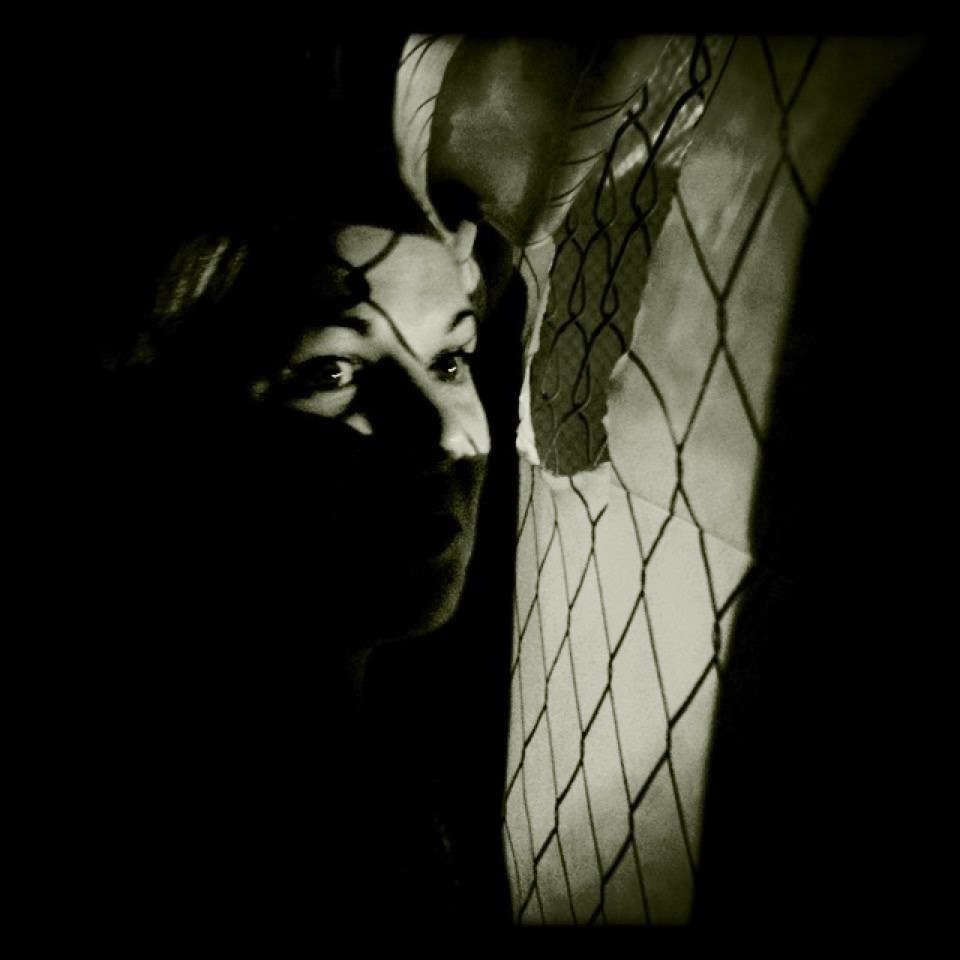 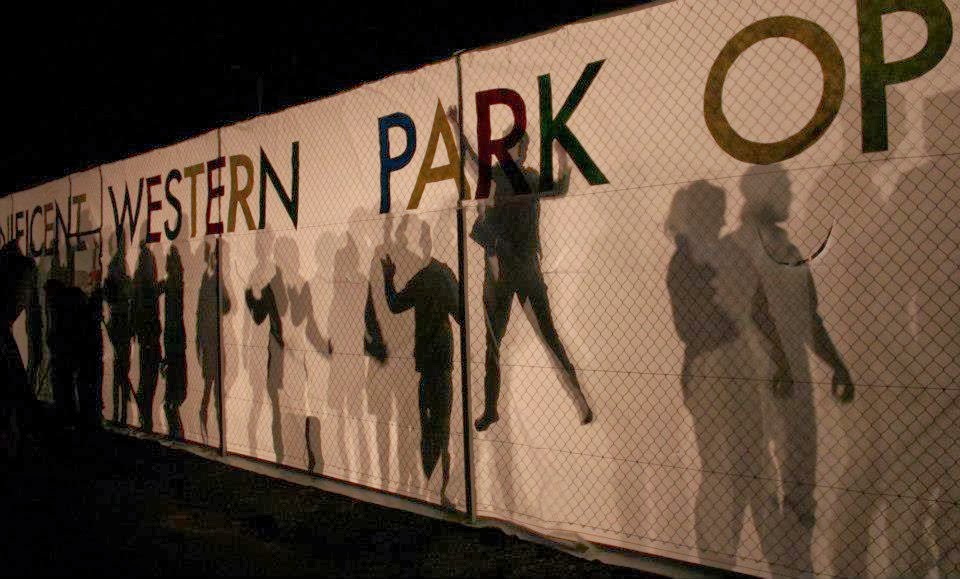 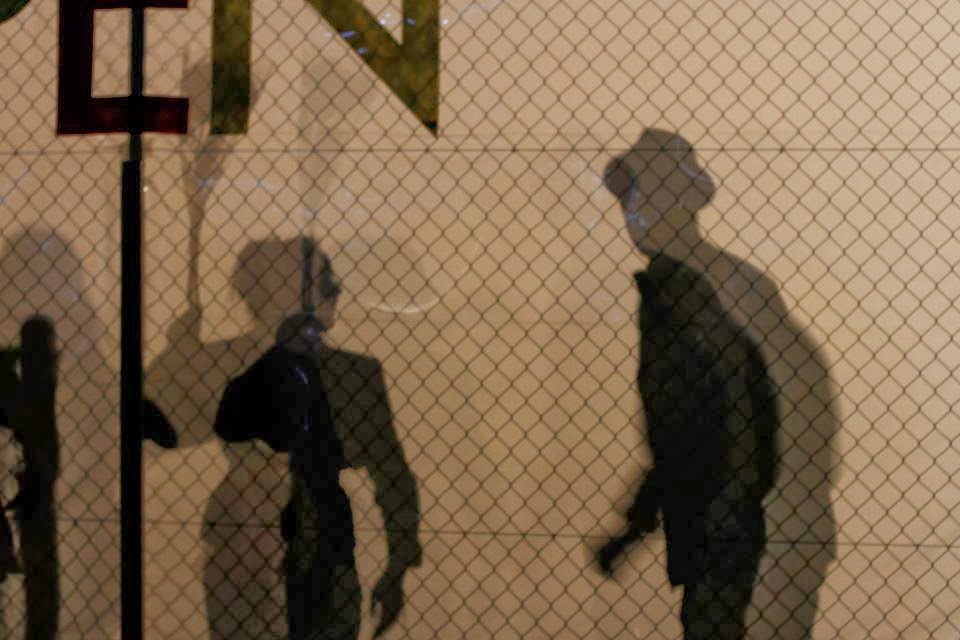 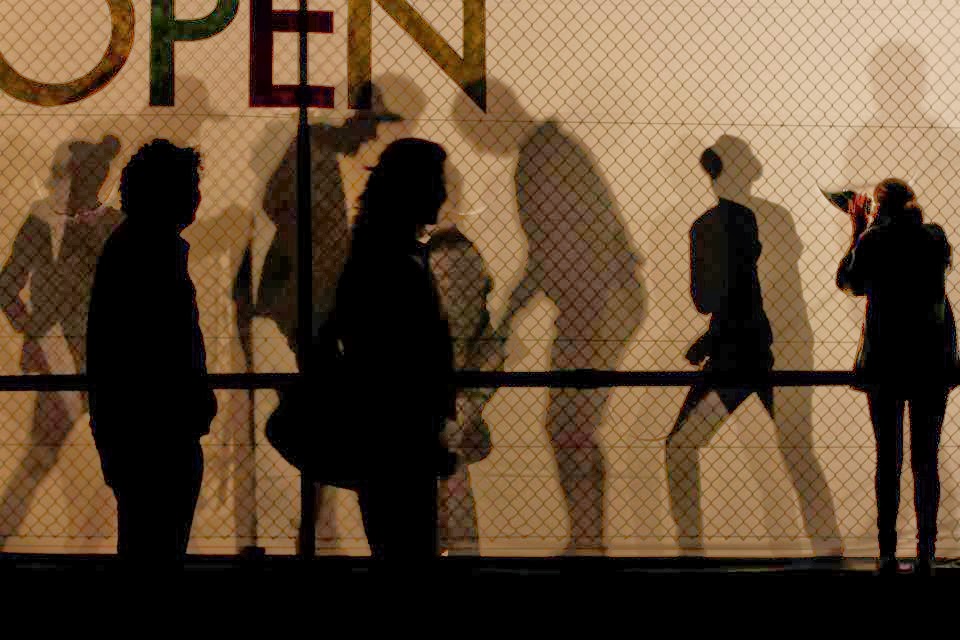 Posted by THE GOVERNMENT at 9:20 PM No comments: 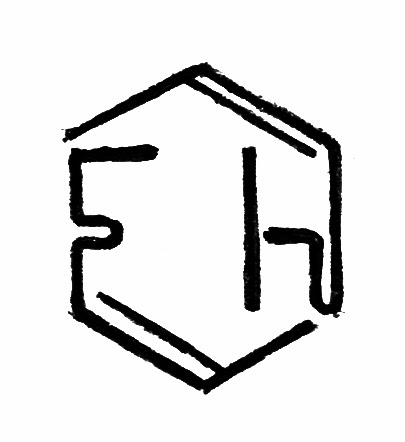 Future Hotel is a network of artists whose acts of public intervention alter all known futures. By actively subvertising the present, they create a dynamic void that unexpected futures may fall into.